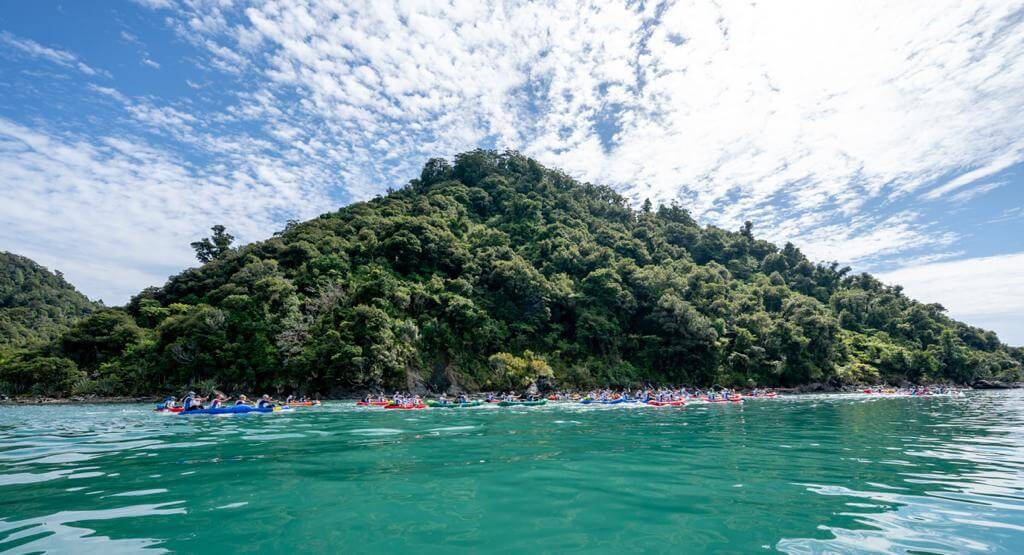 All the GODZone teams are in for one heck of a journey, says race director Warren Bates as the tenth chapter of the world’s largest expedition adventure race kicked off today.

The West Coast’s stunning Jackson Bay and New Zealand’s iconic Milford Sound / Piopiotahi were today’s start line locations for the Pure and Pursuit fields that were separated by a substantial coastal divide.

“It doesn’t get much better than this for a GODZone start line with the weather playing its part in both places, and the teams in both locations were supremely excited and quite nervous to be heading off on this journey of a lifetime,” says Bates.

The start gun first went off at 9.30 am in Milford Sound for two waves of 18 Pursuit teams who paddled inflatable canoes out into the Sound as to start their arduous 643km journey.

GODZone race patron Steve Gurney said it was a fitting way to kick off the tenth chapter in the place where it all began.

“It was amazing to be here in Milford Sound, where the very first GODZone also began all those years ago. The teams made short work of the 3km canoe around to Deepwater Basin. They were very quickly pedaling like mad up to the Homer Tunnel and descending to the Hollyford Valley for the second paddle of the day on the Hollyford River. I think all the teams were trying to make the most of daylight before heading into the overnight trek over Park Pass in the Mt Aspiring National Park.” 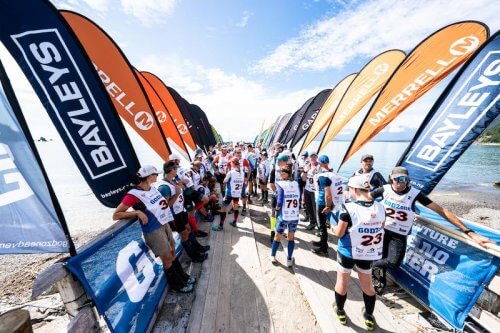 The wilderness backdrop of the West Coasts Jackson Bay was the setting for 81 Pure teams who set off in four separate waves from the Jackson Bay pier in packrafts at midday. Race director Warren Bates said it was a stunning start. 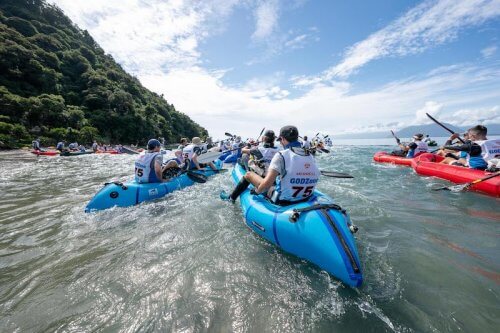 “The sea was unreal, and it was just amazing to watch the teams paddle out and disappear around the coastline into that magnificent wilderness area – it’s like nowhere else in New Zealand because it is just so remote.” 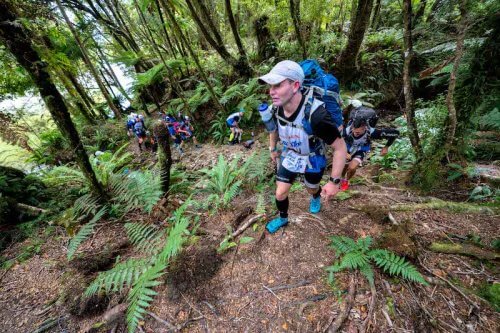 “I think quite a few competitors were rightly nervous, and all the teams are acutely aware that this 710km course is significantly long and tough.”

Bates said the main decision playing on the Pure team’s minds was which route choice to make as they head towards a 155km packraft tonight with a trek up and over the Main Divide taking them from one side of the Southern Alps to the other. 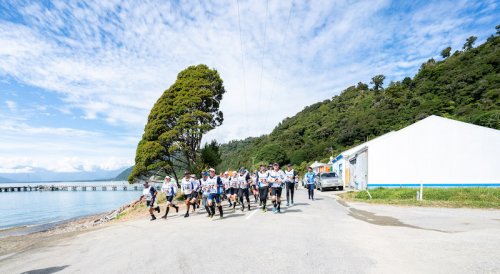 “Once they get to Martyr Homestead today, they must decide their stage three route choice, which is either head out around the coastline to get up and over the Divide or take a more direct route up the Cascade towards the Pyke River, which is faster but significantly harder. Many of the teams are talking about doing half and half, and there is a whole myriad of routes that are quite possible. It will be fascinating to follow the teams on GPS tracking overnight to see where exactly they go.”

Both the Pursuit and Pure teams will eventually merge over Park Pass and traverse down towards the Dart River to paddle the river. Bates says it will take some teams several days to get to TA3 in Glenorchy.

“Glenorchy is the first place where the teams will see their support crews, and they will be a very welcome sight. I expect the fastest Pursuit teams will make it there maybe around midday tomorrow (Saturday) and the Pure teams later in the afternoon. It’s certainly one heck of a way to start to Chapter 10, that is for sure.”