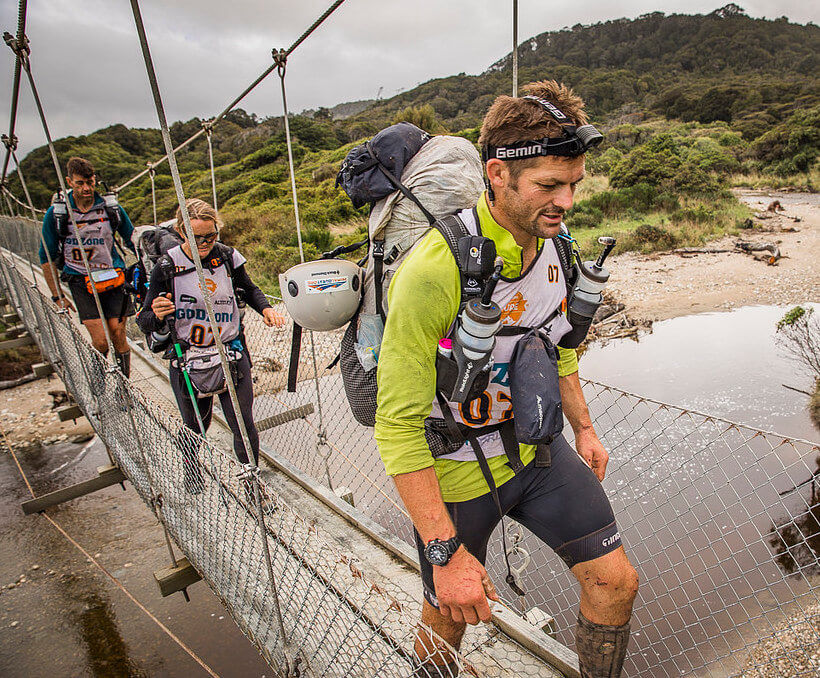 Former All Black champion Richie McCaw has announced he will be lining up for a third crack at New Zealand’s premier adventure racing event, GODZone, in March 2021.

McCaw will tackle the gruelling expedition race, the largest of its kind in the world in Rotorua from the
4th – 13th March 2021 alongside fellow adventure racing teammates Rugby Players Association CEO Rob Nichol and Wanaka adventure racer Sarah Fairmaid.

“GODZone is the ultimate adventure that tests your limits in every respect. It was too hard for us to walk away from the opportunity to race it again especially given the fact it’s in the North Island for the first time,” says Richie McCaw.

“Unfortunately, our normal teammate Bob McLachlan has to sit this one out, which aside from driving him crazy with envy means we have to get another member on board. You can’t replace Bob – he is an amazing person to both train and race with and stating the obvious, it’s pretty important to get the fit right if you’re going to take on this type of challenge together as a team.”

McCaw, Nichol, and Fairmaid entered the event for the first time in 2016, where they attracted thousands of supporters who cheered them on to complete a 539km course through Tasman. They then competed for a second time at GODZone Chapter 7 in Fiordland, alongside world champion adventure racer Bob McLachlan, attracting similar attention for their efforts.

“From what we understand, the Chapter 9 course in Rotorua is set to be of epic proportions similar to Fiordland, which was a real challenge that we enjoyed,” says McCaw. “It was the first time Rob and I got to race at the pointy end of the field; we pushed it and put pressure on ourselves to be competitive, which was an amazing space to be in.”

Since then, McCaw and Nichol have developed a solid adventure racing partnership, completing several Coast to Coast events and several 24-hour adventure races across New Zealand.

“Added to these events, we have also done a few missions of our own, so collectively we are starting to build some more exposure to endurance racing, which has been beneficial. We are lucky that Sarah is keen to race with us for a third time as it’s an opportunity to take our learnings from Fiordland and see if we can improve on that.”

Rob Nichol says that Rotorua as the location for GODZone Chapter 9 was a real drawcard for the team.

“It’s such a unique and beautiful spot, and that was a key attraction for us to sign up for this particular GODZone because we are all keen to explore that area more. We’re looking to go and do a recce there soon and maybe link in with Olympic Kayaker Mike Dawson, who is a friend of mine also doing GODZone, which hopefully will help us pick up some local knowledge before race start.”

Nichol says there is a real buzz and excitement around the event. The team plans to spend the summer training for both GODZone and the Coast to Coast, which will be time well spent in the outdoors.

“We are fortunate that Sarah is always competitive and in the front of the field racing space, so for Richie and I, it’s about training to improve on what we achieved in Fiordland. We now know what it’s like to race hard over five to six days and have a better knowledge of what to expect from ourselves mentally and physically.”

McCaw adds – “it’s probably similar to rugby players playing their first test match for New Zealand. Once you have one or two under your belt, your understanding of how it all comes together is greater. We are looking forward to this epic adventure challenge ahead.”

For more information on GODZone, Chapter 9, go to: