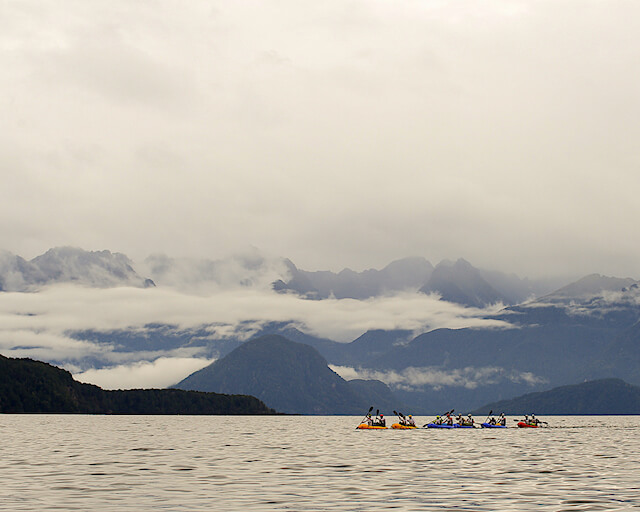 One of New Zealand’s most prominent connectivity providers, One New Zealand (the new brand announced by Vodafone, launching in early 2023) has partnered with GODZONE, the world’s largest expedition race. This partnership will allow viewers across the world to tune into the race through social channels and witness the stunning Fiordland wilderness from the comfort of their own homes.

“Together with One NZ we will be able to showcase to our audience more of the incredible natural environments the competitors experience,” says One New Zealand GODZONE event director Warren Bates.

“Expedition racing is largely an online spectator sport and so we could not ask for a better partner to share the action with our global followers and fans so they can follow the teams’ adventures. One NZ is in the business of connecting Aotearoa to the rest of the world, so we’re excited for the expertise they’ll bring to our competition.” says Bates.

GODZONE was first established in New Zealand in 2011 by adventure racers Warren Bates and Adam Fairmaid who wanted to host an annual global competition in the home of the sport. The eight-day event sees competitors from around the world race an unknown 550 – 650km course non-stop, day and night through some of New Zealand’s most remote mountainous terrain.

The 11th chapter of One New Zealand GODZONE will be held from the 24th of February – 5th of March 2023 and will be hosted in Te Anau, Fiordland. It was recently announced as the inaugural Expedition Racing World Championships sanctioned by FISO – World Obstacle/Federation Internationale de Sports d’Obstacles.

Incoming Director of Experience and Commercial for One New Zealand, Joe Goddard says partnering with GODZONE is about connecting New Zealanders and the world to the things they love.

“This sponsorship is a great opportunity for us to further support New Zealanders pushing themselves to their limits, whether that be on their own or in a team. We want to support people to be their best and to achieve their best,” says Joe. “I personally can’t wait to see if Tiki Tour led by the Lucas brothers from Glenorchy can finally get up and take out the win in 2023.”

“As a New Zealand managed business with a focus on creating a more awesome Aotearoa, we liked the idea of One New Zealand GODZONE being an event which moves around the country, showcasing new and exciting parts of New Zealand each year.”

One NZ has one of the longest standing sports sponsorships in New Zealand (and perhaps the world) with the One New Zealand Warriors and the company already partners with events like the Auckland Marathon, ASB Classic tennis and Aktive, an organisation helping Aucklanders be more active.

“Evolving from a telco into a connectivity company gives us the distinct opportunity and expertise to support the regional New Zealand host locations along with all the competitors and those who watch via digital platforms.”

“We will be collaborating on content whilst leveraging The Smart Network to showcase some of the beautiful and far-flung parts of Aotearoa and highlight what can be achieved in remote areas through the magic of technology.”

For general information, go to: www.godzonadventure.com