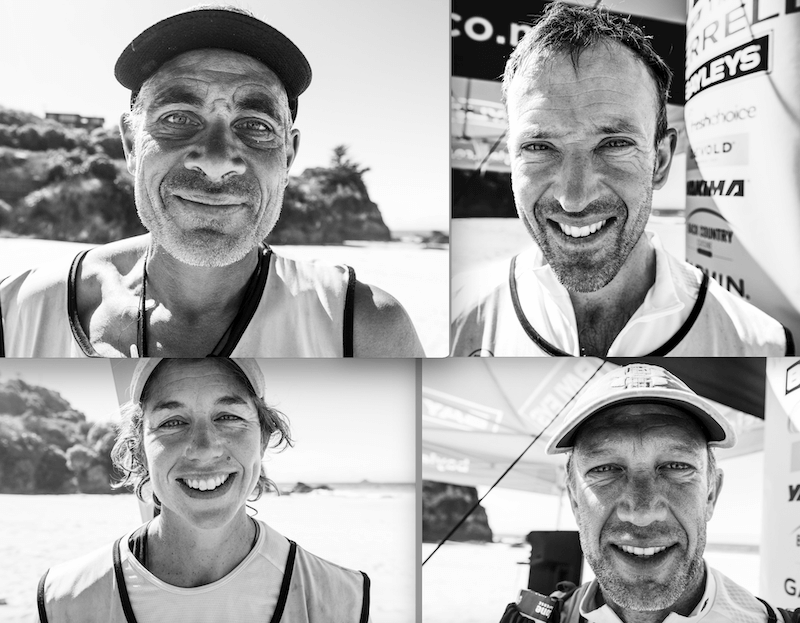 Avaya knew from the beginning that GODZone Chapter 10 was going to be hard, and very very long.

Team captain of this winning team Nathan Fa’avae, (alongside Chris Forne, Stu Lynch and Sophie Hart) said they were prepared, both mentally and physically. In fact with so much experience under their belt with longer form expedition races, it played into their skill set even more.

“Warren (Event Creator) had made it very clear they were taking things to another level from what GODZone had been before. There were no surprises for us in terms of nutrition, and how important it is to have four healthy people every day we’re out there,” said Nathan.

Having four healthy people does not happen by chance, and it does not come down to luck. It comes from years of experience racing together as a team, and learning from mistakes.

Nathan said pacing was a major factor of Chapter 10, and the fact that it was a seven or eight day race rather than a four day race had to be taken into account.

He referenced the first stage of the race as an example of this, which he said Avaya did very well just walking up the valley, while recalling teams passing them, running.

“You need to think far ahead in such a long race, and one of the things I attribute our races to is that we are able to pace ourselves well.”

He gave second-placed team No Idea a special mention, noting it was a blessing in disguise that they started in a later wave out of Jackson Bay, enabling them to focus on their own race and not get swept up in the rush.

Nathan made no secret of the fact it was tough out there on course for Avaya, they had to work hard too.

“People said it looked easy for us, but it was not easy and we were suffering too. It was about putting in the big efforts at the right time.”

The success of Chapter 10 for Avaya was also about having the skill to deal with potential issues before they became hindered their performance.

“It was about putting out the small fires, before they became big issues,” he said, using the example of being diligent with avoiding poor feet.

“This takes time and investment. It’s just one of those things that comes with experience, people don’t know what they don’t know.”

A racing technique for Avaya has always been about the momentum, a mind set embedded in the team which takes more mental skill than physical skill. Nathan said there is never a wasted moment on the course and every decision Avaya makes is planned, whether it’s to stop, move quickly through a transition, or spend a few extra minutes to take in some extra nutrition.

“You are either sleeping or you are moving, and all the small units of time stack up to enable this.”

Team dynamics are also a massive part of the success of Avaya, and Nathan acknowledged how lucky they are to have a range of strengths and personalities which gel so well together.

While Chris navigates, the rest of the team keeps the engine humming – distributing the weight accordingly, or making sure everyone is fed and comfortable.

“But we’ve made mistakes in our career too, and that’s how you learn.”

Nathan didn’t particularly like the final Dark Zone on the Taieri River on Stage 9, thinking it was unjustified and could have potentially caused some upset with team placings.

But overall he had huge praise for the course, particularly enjoying the landscapes, the different and diverse terrain, and they way it enabled an incredible way for teams to see their own country.

“Stu said it was one of the best GODZone courses he’s ever raced. For me, I
generally don’t tend to rank courses like that, but it’s definitely the hardest GODZone course I’ve ever done, and the longest.”

He credited Event Creator Warren Bates and Race Director Adam Fairmaid for raising the bar like they did, noting it takes a lot of courage to expose yourself to the risk of putting on such a massive course.

He admitted he wouldn’t encourage a massive GODZone course like this every year but is was a great reality check, and New Zealand adventure racing is lucky to have event organisers who are willing to push the boat out.

“If we want to stay global leaders in this sport we have to stay one step ahead.”

**
A note on Dark Zones from Event Creator Warren Bates:

“Dark Zones, it’s not a decision we take lightly. They are mostly done to protect the wellbeing of the event crew who get very little sleep on the race at the best of times. Lack of sleep in any team (management or racing) can lead to very poor decision making and that could have far reaching consequences for safety.
The lack of a Dark Zone at the finish in Chapter 9 Rotorua meant that some management team members barely slept for four days solid. Experience has shown that the downside is more that outweighed by the upside of teams finishing in the daytime in a more condensed window with far more spectators able/willing to attend. But, every course will have it’s own idiosyncrasies…” 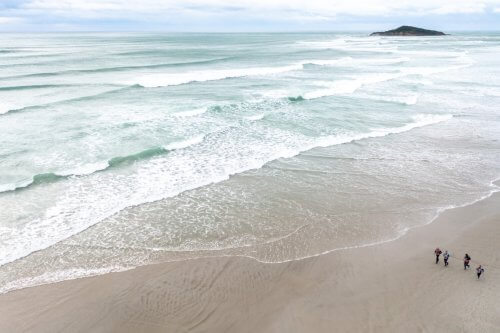