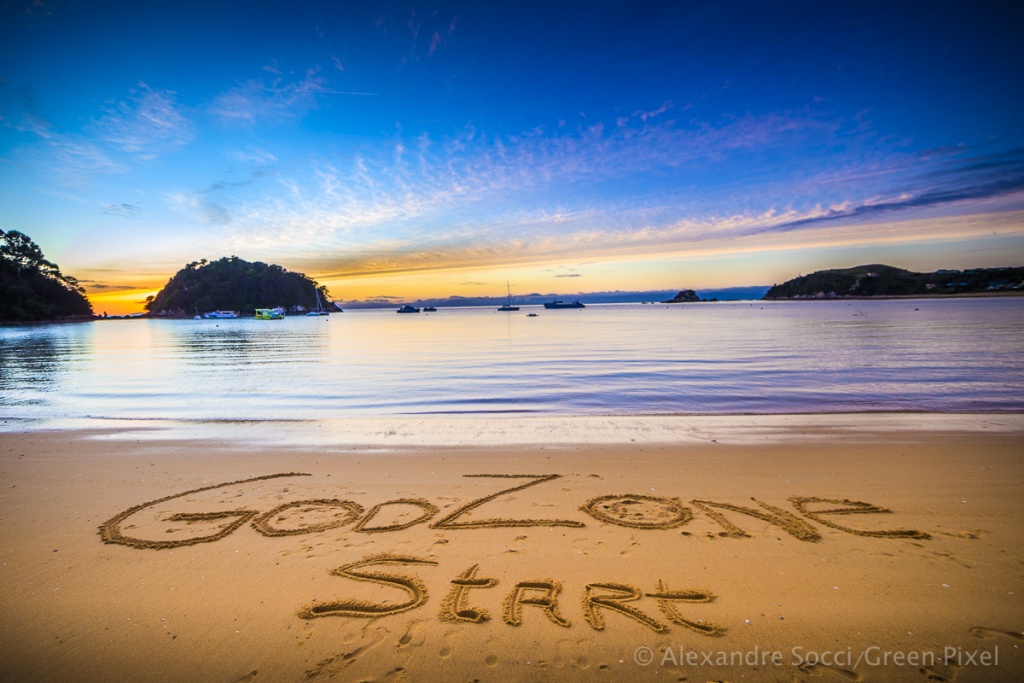 The stunning beachfront of Kaiteriteri has been announced as the start line location for the GODZone adventure race that gets underway tomorrow (April 2nd) at midday.

The 530km expedition course designed by Race Director Warren Bates will take in a vast area of the Nelson / Tasman region and he says Kaiteriteri is a stunning point for the beginning of the adventure.

“ It is traditional that the teams do not find out where the course will start until the first day of racing. However, we made the decision to announce the location earlier this year because of the excitement the race has generated in the region. This will give race followers a chance to get to the start and see the teams off. ”

Kaiteriteri is the official host location where the 284 competitors will be officially welcomed to the region by MP for West Coast-Tasman, Damien O’Connor this morning. The 71 teams will then complete team registration and gear check at Kaiteriteri Beach.

“We have a large national and international media contingent on the ground here ready to capture all the action including Getty Images, TVNZ and Newshub so the coverage is going to be extensive,” says Bates.

The specific details of where the teams will be racing will not be released until 6am on Saturday when maps and course instructions will be handed out.

“Once they have the maps the reality of what they will be doing and the terrain being covered over the next 5 to 7 days starts to sink in. There are ten stages covering a variety of disciplines travelling through the three national parks that grace this region. It’s going to be spectacular.”

Locals are encouraged to get along to the start line on Kaiteriteri beach to watch the teams depart.

“ We will be right out front of the Kaiteriteri camping ground and you won’t be able to miss all the action and excitement as the teams head off on an epic journey. We would love locals from Nelson, Motueka, Richmond and the surrounding areas to witness the start at12noon.”