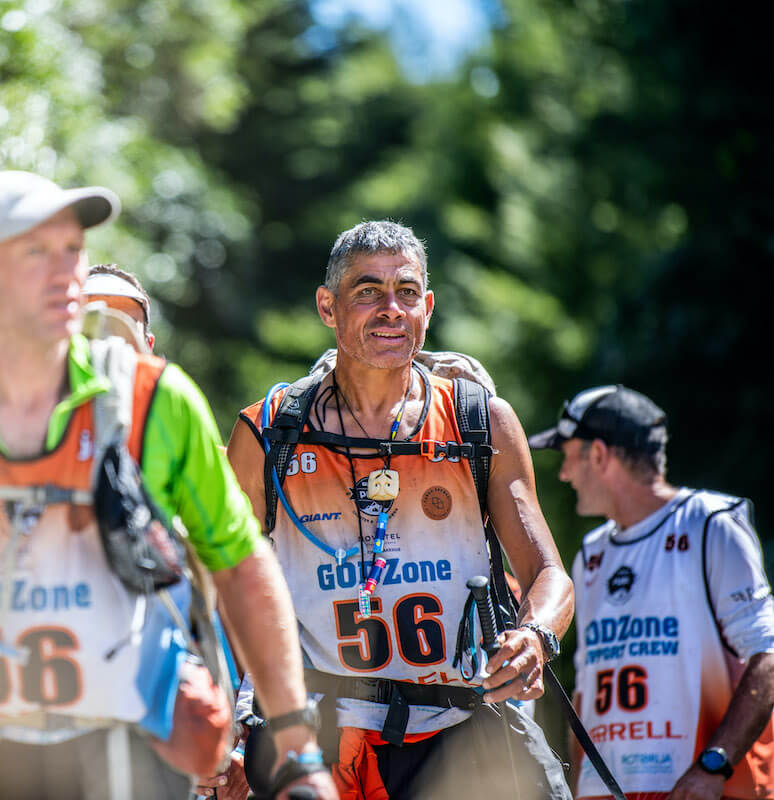 New Zealand’s adventure racing superstars Nathan Fa’avae, Sophie Hart, Stu Lynch and Chris Forne arrive in Wanaka this week to defend their title at GODZone Chapter 10 amongst a line-up of highly experienced teams looking to challenge them for the top spot.

Team Avaya captain Nathan Fa’avae says they are looking forward to getting out into a grand coast-to-coast style adventure with a clear eye on the podium.

“We are a racing team and will be hoping to win, but we know that you must first tame the course before you can race it, and that can sometimes take days, or sometimes you never tame it, and the course wins,” says Fa’avae.

“I’m very inspired to race in this exact line up with Sophie, Chris and Stu. We have only raced together seven or eight times since 2014, and without any doubt, for me, this is the highest performing team I’ve been part of, and that’s a unique experience. Last year Chris was sick during GODZone and had to dig deep most of the race, which meant we all had to, so our goal this year is to remedy that – we feel we’re in fun debt and are looking to turn that into credits.”

He says GODZone has become an iconic adventure race globally.

“GODZone is the hardest race in the world to win; it’s the race that our team has to be at our very best to be competitive. No one will deny that New Zealand is the home of adventure racing – it is the very core – and there is a mindset that anything related to adventure racing here must be world-leading because of this history. GODZone achieves that with the highest level of event management and course design attracting a strong number of very experienced racers and teams.”

“It’s a nice strong field for GODZone, and we are looking forward to racing well and maybe getting close enough to Avaya to put some pressure on them,” says Simone. ” They are such an amazing and inspiring team and have proven many times here and internationally just how strong they are.”

Maier paid credit to multi-sporter Dougal Allen, who was supposed to race in her team but had to pull out with a broken bone.

“We are disappointed for Dougal, but Hamish Fleming is a great replacement as we have all raced a lot together in China, so he is a good addition to this team. I have not done much exercise since Coast to Coast a few weeks ago, so my body is itching to get going into this adventure – we are all just so grateful that this GODZone is happening.”

The youngest team competing will also be experiencing their very first GODZone hit out.

Te Anau students Fynn Mitchell (16), Josiah Murphy (19), Zac Pearson (19) have teamed up with Molly Spark (18) of Rangiora as ‘Fear Youth,’ and all are excited to be stepping up to a ten-day challenge.

“We have competed in many of the Fear Society events and are confident to race as a team at GODZone,” says Fynn Mitchell. “I have always been into endurance sports and was introduced to GODZone when my Dad competed at Chapter 7 in Fiordland. It’s always been a goal, but we didn’t expect it would be an opportunity at this young age.”

“I think we have enough experience to go reasonably well up until the two or three-day mark, and after that, it relies on making good decisions, racing our own race and not getting caught up in what other teams are doing. Our overall goal is to finish and maybe make the top ten – this is not a career-ending race for any of us given our ages – it will be a big achievement just to complete it.”

The race kicks off on Friday (4th March) with more than 90 teams lining up across the two racing categories, Pure and Pursuit. The entire coast-to-coast traverse style course remains a secret until Thursday when team captains will receive their maps at the official registration in Wanaka.

GODZone Race Director Warren Bates says the 710km course has ten stages and will be long and arduous fittingly for the tenth anniversary with the fittest competitors faring the best.

“There is no doubt Team Avaya is a force to be reckoned with, and this is their race to lose – who would bet against them,” says Bates. “Topsport has the horsepower to go very well across this type of terrain with Theo’s navigation last year mega impressive.”

“Team Ataraxia Macpac raced very strongly and were silently competent in Rotorua, so I expect to see them in the front pack alongside Tiki Tour, who will go for it leaving nothing out there – they always bring a lot of determination to GODZone.”

“Richie McCaw and team iSport have the experience to be mixing it up with these top teams but will they go deep enough to podium is anyone’s guess,” says Bates. “And I am genuinely excited to see how Fear Youth from Te Anau go. They have been smashing it in other races and are maybe the dawn of a new dominant force in adventure racing in New Zealand.”