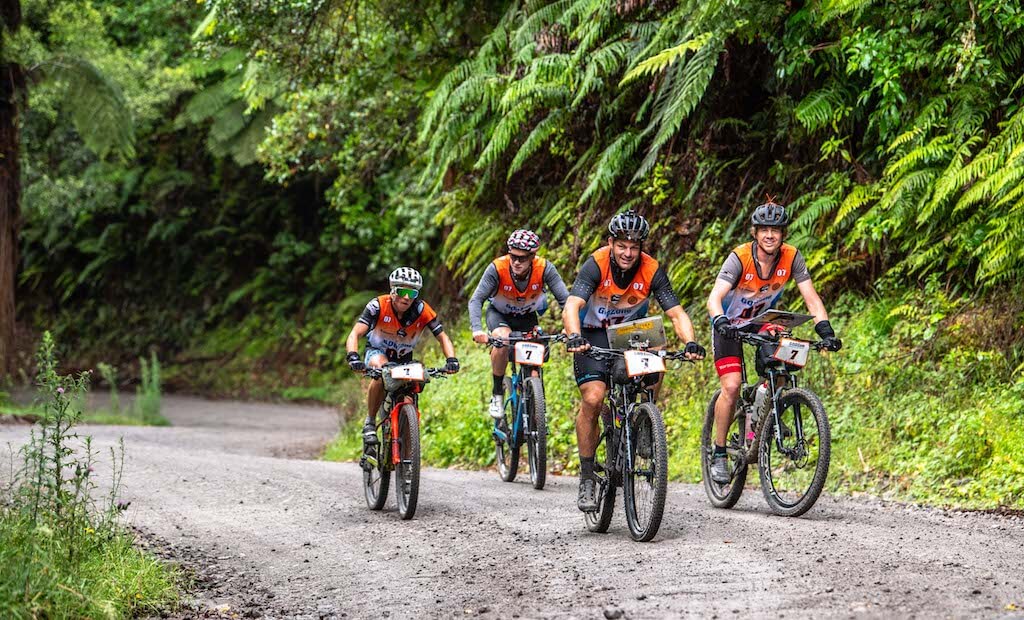 He is a world-class paddler. His team are six-time world champion adventure racers, so it’s no surprise that Nathan Fa’avae and team Avaya are pushing former All Black captain Richie McCaw and his isport team for pole position on the first day of GODZone.

“This is an exciting event for us, and it’s the first time that our core team of Sophie Hart, Chris Forne, Stu Lynch, and myself have raced GODZone together since 2015,” said Fa’avae. “Anything can happen out there, but all teams here would agree that Chris Forne is the world’s best navigator, and he can buy us hours and hours out there on the course with his speed and accuracy, so we are looking to give it our best.”

Richie McCaw and his fellow Coast to Coast champion teammates Simone Maier and Dougal Allen, with Theo Wordsworth, lead from the start of the 666km race, which kicked off in the Redwoods near Rotorua at 9 am. The first stage was a mountain bike through the Whakarewarewa forest to Western Okataina and onto Lake Rotoiti’s shores.

“Nathan and team Avaya made excellent time on the mountain bike and nearly caught team isport at the first transition at lake Rotoiti,” says GODZone Race Director Adam Fairmaid. “Avaya posted the fastest time on the mountain bike stage by at least 20 minutes, but we won’t know the official times until they are adjusted at TA 2 to make up for the staggered start this morning which we did to comply with Level 2 Covid restrictions.”

The competitive field of adventure racing teams are currently pack-rafting across Lakes Rotoiti, Rotoehu, Rotomo, Tarawera and Lake Rotomahana towards the second transition area of the course at Rerewhakaaitu.

“ We expect the first Pure teams to hit this transition around 1 am tomorrow (Saturday, March 6th) while the shorter course Pursuit teams should arrive close to 8 pm tonight,” says Fairmaid. ” It’s been an excellent start to the race with all the competitors just eager to get underway – the weather has been calm and not too warm, which is perfect for adventure racing.”

He says the front running teams are setting a strong pace as they jockey for position to lead them into the next gruelling stages of the race over the coming days.

“Avaya and isport are showing some sportsmanship right now and Queenstown team Tiki Tour led by George Lucas is right up there, as is team Motueka. They want to stay up the front and establish a lead pack. If you fall back by an hour on these teams today and tonight, then it’s almost game over from now to achieve a top three placing, which is what they all want.”

For the first time in GODZone history, support crews are part of the racing scene providing mandatory equipment around the course. One team nearly came unstuck at Lake Rotoiti’s first transition this morning when their crew was a no show.

“Team Go Fence Marlborough led by Brendon Hickman arrived at the transition in good time only to find their support crew had not turned up with their pack rafts,” said Fairmaid. “So they had a rather frustrating time standing around waiting for them to show up, which is all part of the race at the end of the day.”

GODZone teams are carrying GPS tracking systems and can be following online: https://godzoneadventure.com/