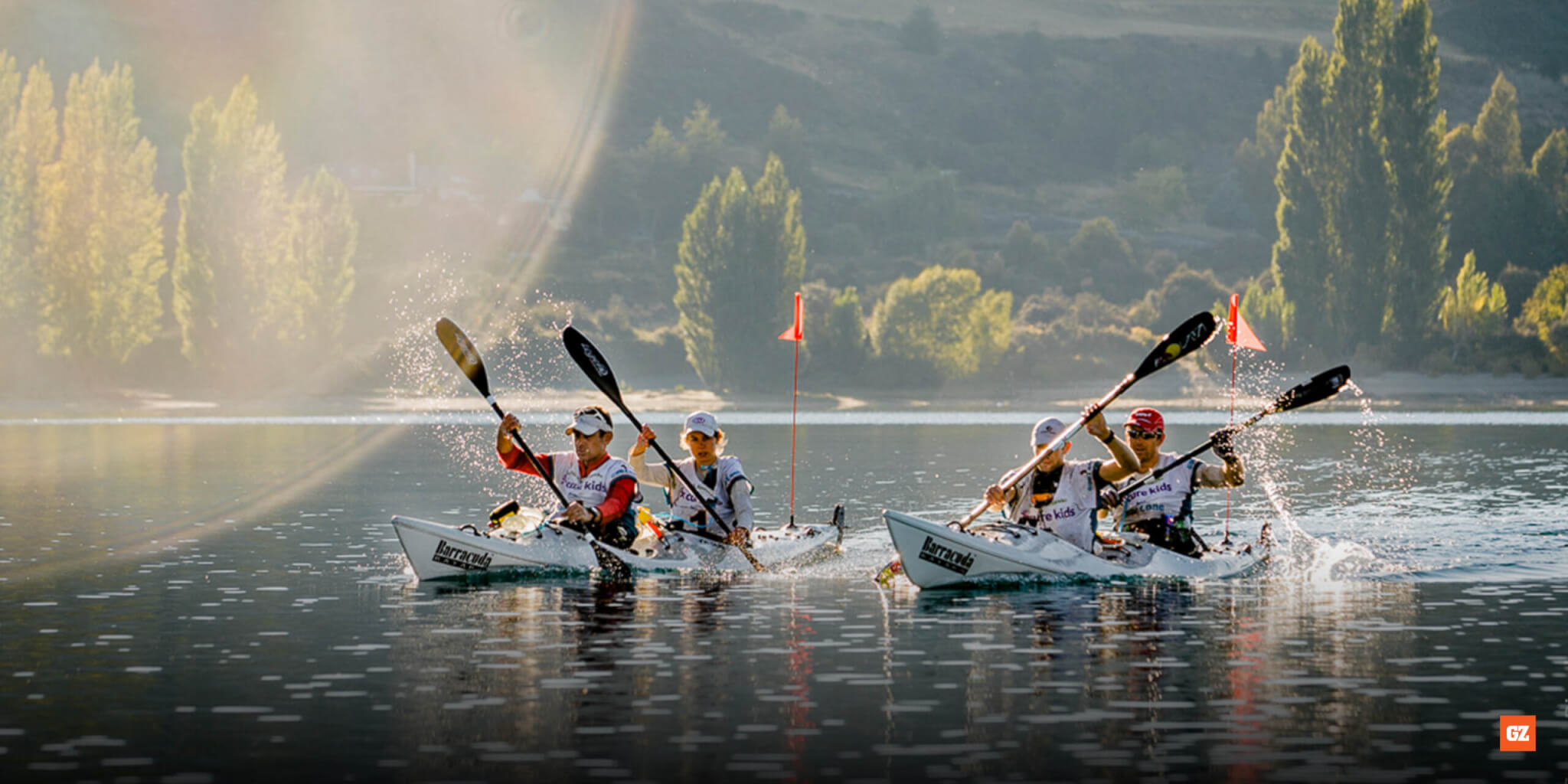 On the southern end of Lake Wanaka, situated in a dramatic glacial carved basin, is the stunning resort town of Wanaka. The World’s First Protected Lifestyle Reserve, it’s a spectacular natural playground and if you are into the outdoors, there is no better place to visit or to host a Chapter of GODZONE.

With the course options available, history and community love of sport, it was always going to be a popular Chapter and this was reflected in the fact that the event sold out 48hrs after entries opened. Chapter 4 was very much about a return to the big mountains, with teams exposed to the elements at high altitudes for long periods of time. This coupled with some challenging weather conditions conspired to make this possibly the hardest GODZONE to date. World number 1 ranked team, Columbia Vidaraid, stated that the Chapter was much harder than any World Championships they had done.

You can check out all the GODZone photos and videos in our galleries. 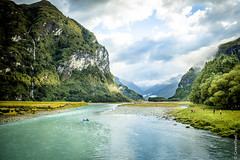 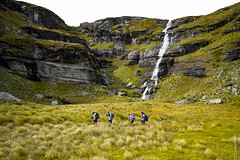 Tiki Tour at Lake Gow in the Garvie Mountains 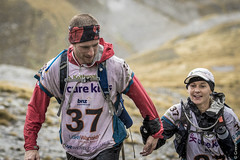 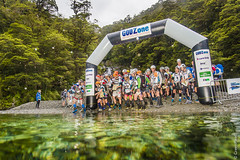 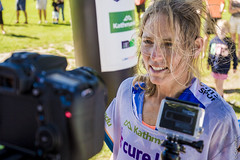 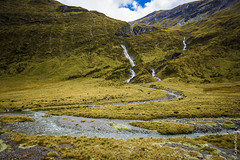 Teams on the Albert Burn trek 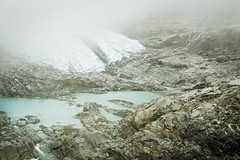 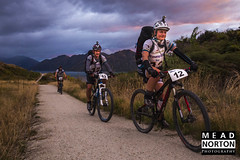 Jo Turnbull & Heartland RICOH on their bikes for Criffel Range 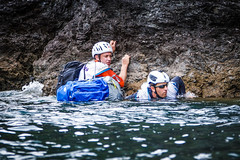 Stu knows he will have to let go very soon... 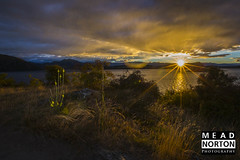 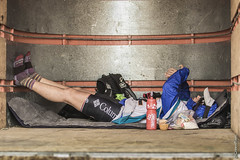 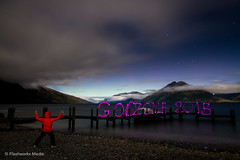 Photographers with too much time on their hands - Chapter 4 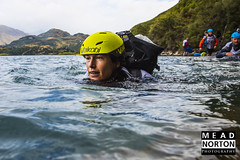 Eye on the goal! 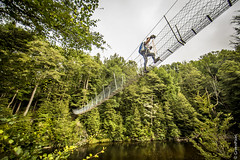 Torpedo 7 in the Garvie Mountains 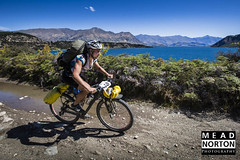 You can Cry but Keep Moving on the Nevis Rd 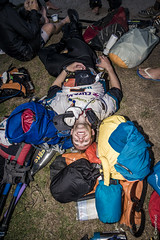 Happy to be here! JJ Wilson 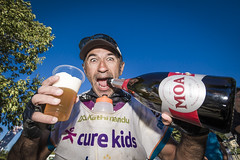 Glen Warner has worked up a thirst

Fifty five teams entered Chapter 4 that kicked off at the foot of the Fantail Falls below Mt Brewster. In total, 14 countries were represented -Australia, Belgium, Brazil, Canada, Czech Republic, Denmark, Hong Kong, Ireland, Japan, New Zealand , South Africa, Spain, United Kingdom & the USA - showing the appeal of New Zealand’s South Island as the World’s leading adventure racing location. There was a particularly strong showing from New Zealand teams who were well aware of how quick entries would sell out. Every level of experience was represented with the two best teams in the World, Seagate & Columbia Vidaraid, going head to head in battle once again, along side a number of teams who had not competed in an expedition length race before. The consensus was that this was once again an incredibly strong line up of teams with many of the younger generation keen to make their mark on GODZONE.

There was no Pursuit race this year.

The route covered a total distance of 554km with approximately: 125km of trekking, 279km of biking, 56km of canoeing, 80km of kayaking, 7km of orienteering and 7km of coasteering. There is no doubt that this was a tough course. When you factor in the weather, the intensity of the terrain and competition, you can make a strong case for saying that Chapter 4 was the hardest GODZONE to date. The route started with technical challenges in the form of high mountains and cold weather. The middle part of the race was defined by big mountain stages on foot and bike with many teams being caught on their bikes at 2000m in gale force winds and very low temperatures.

Teams had to swim and coasteer in the cold waters of Lake Wanaka. They also had to take on a highly tricky stage of orienteering in the native bush of the Waikaia Forest. There were four paddling stages in total (2 canoeing and 2 kayaking) but with no dark zones teams were open to pit themselves against the water challenges at night as well as day, including the coasteering. The final trekking stage gave plenty of route choice over the stunning terrain of the Hector and Garvie Mountains - perhaps the most beautiful landscape GODZONE has visited. The final part of the route included a long bike over the Old Woman Range, culminating in a long paddle around Lake Wanaka.

Seagate were always going to be the team to beat but the big question was how would the World Number 1 ranked team, Columbia Vidaraid, do against the super strong Kiwi contingent of teams. It’s fair to say that most Kiwi teams will have a newfound respect for the Brazillian/Spanish outfit as they performed amazingly well to take a fairly convincing second place. By their own admission they learnt a lot about the way GODZONE works and would no doubt be a formidable opponent if they returned.

Third place were taken by Queenstown team, Tiki Tour, who profited from a major navigational blunder by the Torpedo 7 team near the end of the race. They raced smartly and made few mistakes which gave them a well-earned place on the podium. Notable mentions must go to Bivouac Inov-8 and Chimpanzee Bar who finished 4th and 5th. They were separated by a mere 7 minutes at the finish and changed positions on the final paddle in very testing conditions. Next Generation won the Colt Trophy again. They were well deserved winners and finished 6th overall - a fantastic achievement given the quality of the field. 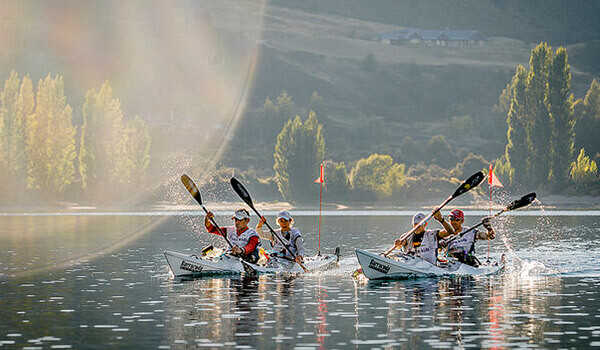 The 2015 edition of GODZONE, Chapter 4 - Wanaka, was won by team Seagate, which comprised Stu Lynch, Chris Forne, Nathan Fa’avae, and Sophie Hart who once again put in another inspiring and devastating performance. That makes it a fairly convincing four wins out of four and their winning margin was a staggering 19hrs. No other team was close to them and they had developed a clear lead by the end of Stage 1.

It would be fair to say that the Seagate winning margin largely reflect the difficulty of the course and nature of the terrain. In summary, the harder the race, the bigger the margin they win by. They tend to thrive when the going gets tough, the mountains get big and the navigation is hard.

There was no Pursuit race this year.