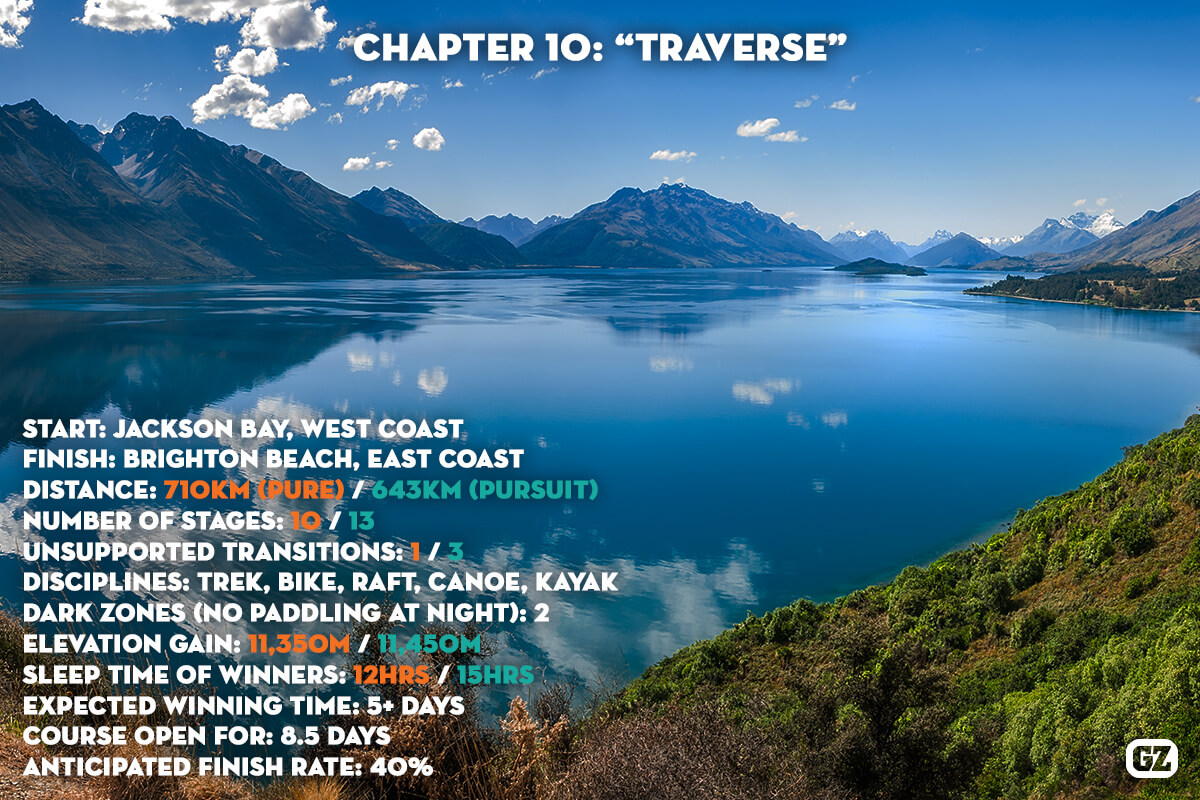 Competitors preparing to race at New Zealand’s premier adventure race, GODZone which kicks off tomorrow, finally caught a glimpse of where they will be adventuring over the next ten days when course maps were revealed to team captains at the official race registration this afternoon.

“This is one of the toughest events to complete anywhere in the world, and for our tenth anniversary, we have referenced New Zealand’s very original adventure racing, the Southern Traverse. This is our own Traverse edition,” says GODZone Race Director Warren Bates.

The teams will start their Chapter 10 adventure on the West Coast and finish on the East Coast, just down from Dunedin. The PURE course is a whopping 710km, with teams navigating, rafting, trekking, mountain biking and kayaking across the spectacular scenery of the South Island in a broadly southeasterly direction.

There are two different start locations for the PURE and PURSUIT events, with both courses eventually merging after the first third of the race.

“The Pure teams will start tomorrow in Jackson’s Bay on the West Coast for an 18km pack raft paddle around to Island Flat and onto Lake Ellery followed by a roller-coaster mountain bike stage along the Jackson River to Martyr Homestead,” says Bates. ” There, they will enter a massive 155km trekking stage and have to decide to either go up the Cascade or around the coastline heading towards the Pyke River and an ascent up Hidden Falls and on towards Park Pass in the Mt Aspiring National Park. They then descend the Dart River to Glenorchy.”

“Meanwhile, the Pursuit teams will kick off in beautiful Milford Sound with a paddle before mountain biking up the iconic road to the Homer Tunnel and descending into the Hollyford valley. From there, they will paddle the river for 17km before trekking up to Hidden Falls, go over Park pass and down into the Dart River and on to Glenorchy where both fields will merge.”

He says it will be a challenging first 24 hours for the epic adventure race to spread out the teams from the get-go.

“From there, the teams get into stage 4, a 90km bike ride from Kinloch around the western arm of Lake Wakatipu to Pretty Hill at Mavora Lakes. They then head into quite possibly the hardest part of the course – the stage 5 56km trek up over the Eyre mountains and down towards Kingston. Night navigation will be key on this stage to ensure they are on track with lots of vertical descent and a cut-off looming at TA5.”

Stage 6 is a 170km bike ride through the historic Nevis Valley to Lake Onslow, where teams will then trek and packraft their way to Paerau across classic Central Otago landscapes on stage 7. The Taieri Gorge is the highlight of stage 8, with a 100km bike ride following the Taieri Gorge Railway train line before arriving at Outram for the final two stages.

” The teams have cut-offs along the way, so I don’t expect the full field will make it to these two final stages,” says Bates. ” Stage 9 is a chance to sit down as teams paddle 38km down the Taieri river to the mouth where they get onto the final stage 10, which is a 19km coasteering section along the beach to Brighton finish line.”

There are eight significant transition areas and a small number of remote ones where teams cannot see their support crews and must be self-sufficient. Bates says the highlight of the gruelling course will be the incredible variety of terrain and environments on offer.

“Teams will experience the rugged West Coast, forested lakes and rivers, rainforest, high alpine passes, glacial rivers, high mountain beach forest, open mountain travel, tussock and grassland, unique wetlands, gorges, sandy beaches and some excellent Kiwi historical infrastructure along the way. To finish the full course at Chapter 10 will be a huge achievement and testament to those that have put the dedication and training in.”

The expected winning time for the Pure and Pursuit teams is over five days, and teams have eight and a half days to complete.

“This is a big race and a fitting scenario for this 10th-anniversary edition of GODZone.”

For general information and to follow the teams on GPS tracking go to: https://godzoneadventure.com/ 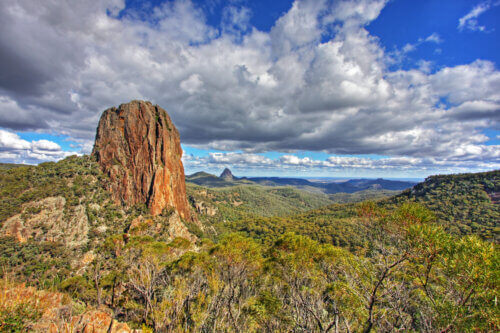